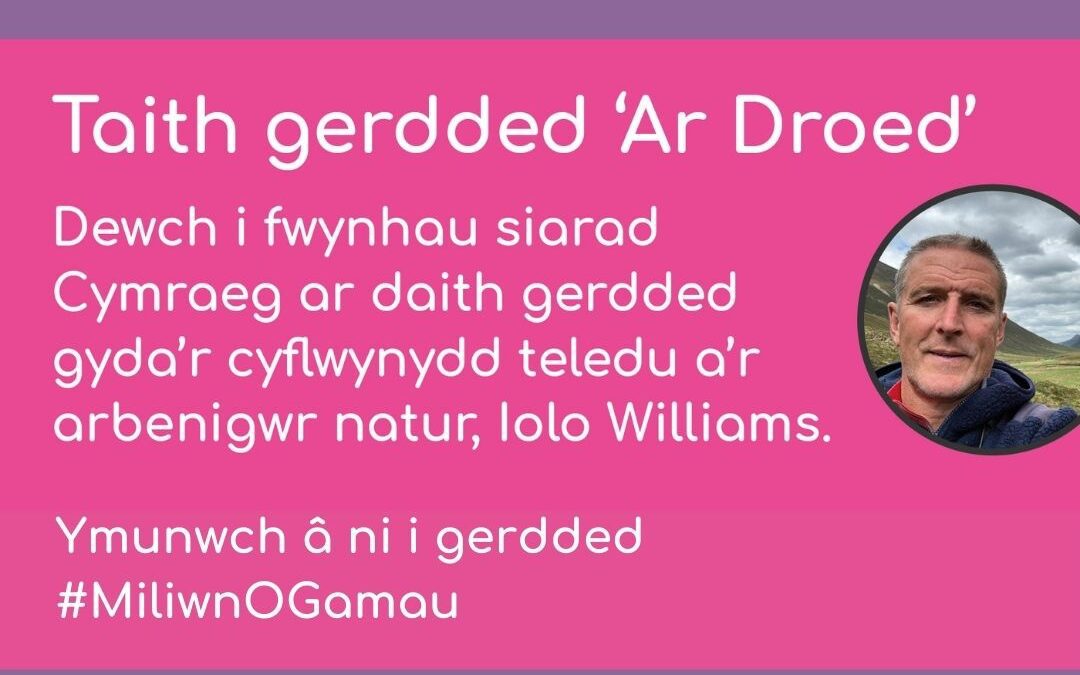 We’re happy to announce the winner of Gwlad y Chants competition as Osian Jones from Aberaeron.

The Mentrau Iaith and Football Association Wales called on all Welsh football fans to vote for their favourite new chant to support Wales at EURO2020. The composer of the winning chant will have the oppportunity to visit a Wales squad training session in the future.

The competition was open to primary and secondary school children as well as adults with the winners of each category receiving a shirt signed by Wales’ EURO2020 squad. Winners of the Secondary school category is Ffotosynthesis group from Canolfan Glantaf, Cardiff with their ‘Joe Allen’ chant. Winners of the Adults category is Yr Un Tal group from Moelfre, Powys with their ‘Super Keiffer’ chant.

Topping the Primary school category and receiving the largest number of votes of all categories is Osian Jones with his ‘Sea Chanty’. Osian i a member of Felinfach Football Club u12 team and a pupil at Ysgo Ciliau Parc, Ciliau Aeron. His chant is inspired by the well-known sea shanty ‘The Wellerman’ that was popularised on TickTock in January 2021.

“I think this is my favourite ever! On point, on trend, bang on.”

“I must say fair play Osian, because, out of all categories, he’s at the top of the table. Well done Osian, I’m a big fan.”

Gwlad y Chants competition is a collaborative campaign for Mentrau Iaith and FAW to encourage supporters to use a little bit more Welsh while cheering on the national football team.

“We at the Menter Iaith are so happy that Osian has won this opportunity. It’s time now that everyone learns his chant to support Cymru at EURO2020! His ‘Sea Chanty’ is great, and we hope his success will encourage others to create more Welsh language football chants in the future.”