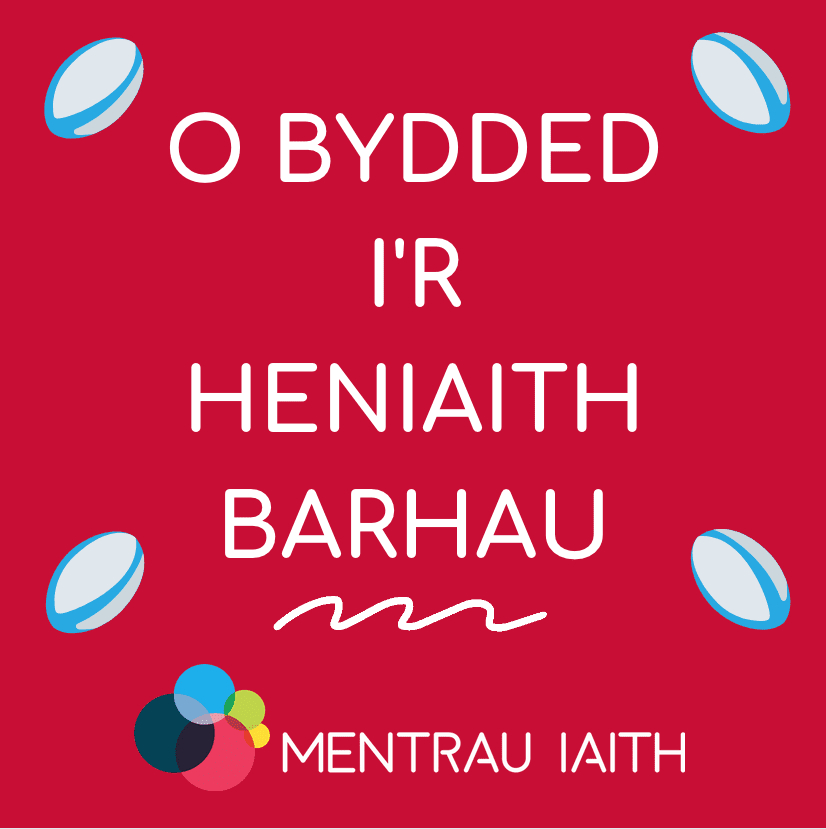 As part of the Mentrau Iaith campaign to support the Wales Rugby World Cup squad, members of the team have pledged their support to the Welsh language by singing the words ‘O Bydded i’r Heniaith Barhau’.

Hundreds of thousands of people regularly sing these words in support of the national team but it’s time for the fans to consider the true meaning of the words by Evan James and do something to keep the language going. Over the course of the tournament, the Mentrau Iaith, a network of 22 enterprises working to increase the use of Welsh in their communities, will encourage all anthem singers to make a pledge to do something for the language. Be it using more words each day, to volunteering at Welsh language events – every action is valuable in strengthening the language in communities.

One who supports the prosperity of the Welsh language in the community is Rhys Patchell, Wales fly-half. Raised in Welsh in Cardiff, his passion for the language led him to become an ambassador for Tafwyl festival, the capital’s Welsh language festival organised by the local Menter Iaith. He says;

“Speaking Welsh is an important part of my life, and I’m really proud to be able to do that every day with friends, family and many of my fellow rugby players. I was lucky to be educated through the medium of Welsh, and it’s encouraging that people of any age can learn the language. The national anthem talks about the importance of the language continuing, and I would encourage people to contact the Mentrau Iaith to find out how they can help to do this.”

The Mentrau Iaith offer 6 ideas of what everyone can do on a daily basis, such as asking for a Welsh language service, using native and indigenous names and vocabulary, using Welsh on social media, attending Welsh events in your community, contributing to national Welsh projects and of course to volunteer with your local Menter Iaith.

“We are delighted to have received the cooperation of the Welsh Rugby Union on this campaign. It’s a pleasure to see Welsh players singing these words on the rugby field and making a pledge to the Welsh language. In pursuing the Welsh Government’s target of a million Welsh speakers by 2050 we are working hard in our communities to increase the use of the language so that it is spoken socially outside the school gates. We urge everyone who sings the words ‘O Bydded i’r Heniaith Barhau’ to make a pledge to the language” 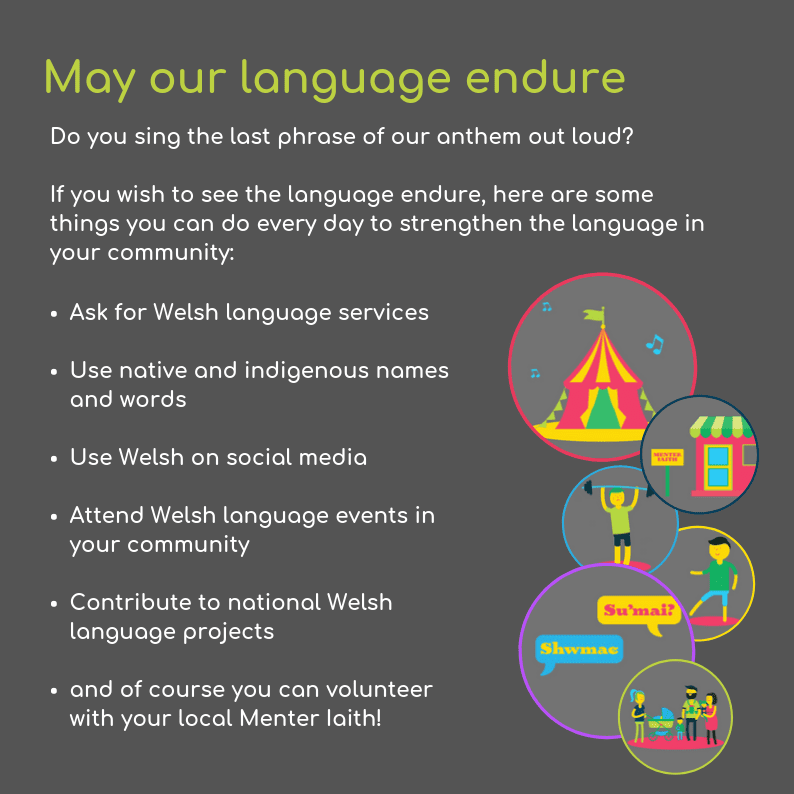