Hosting the First Ever Virtual Plygain 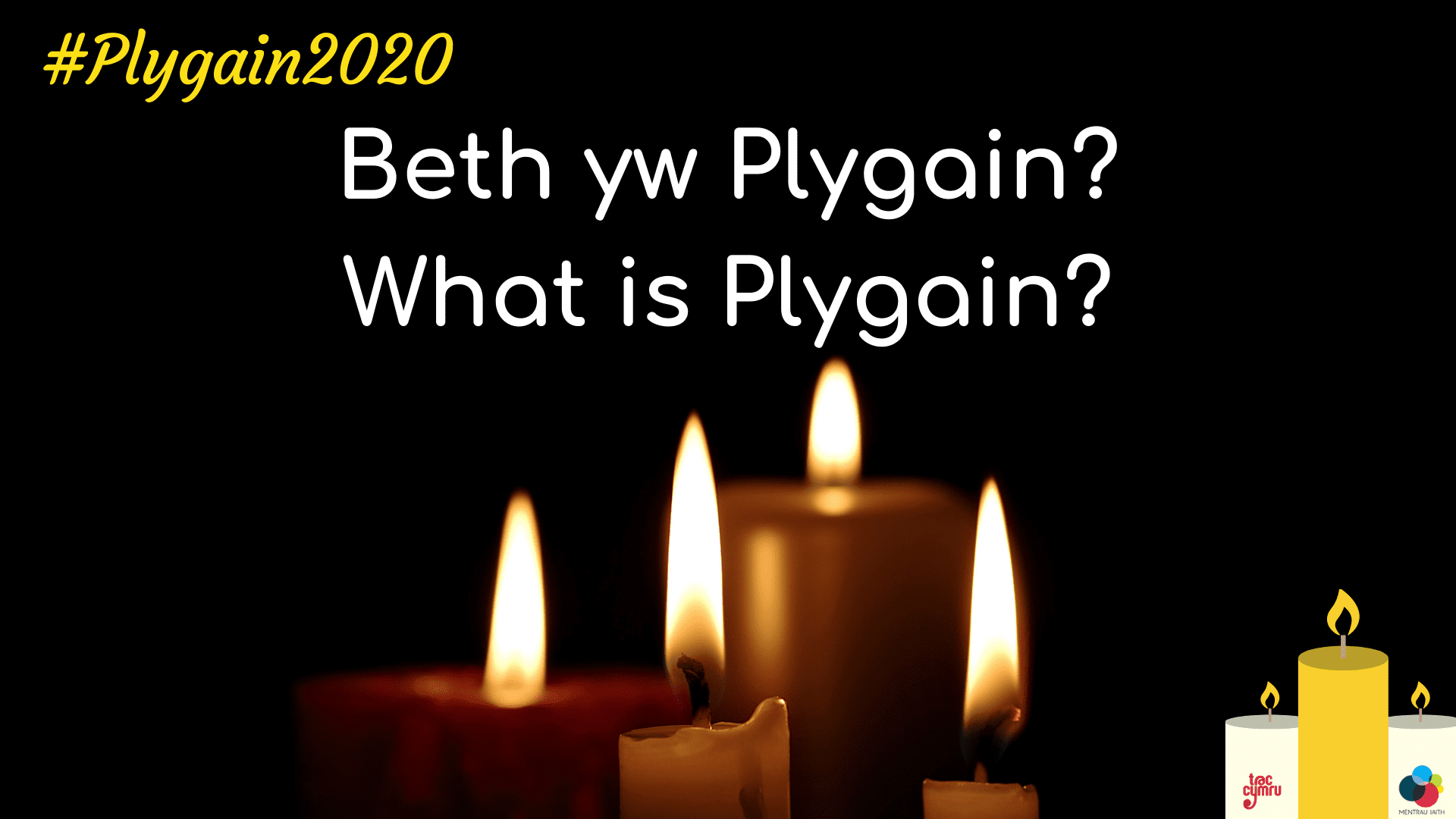 With a very different Christmas facing us this year, one of the ancient traditions of Wales is also adapting – the Virtual Plygain. The Mentrau Iaith and Trac are holding two nights of Plygain carol performances online on Sunday evenings December 20th and January 3rd.

But, what is Plygain? Watch the video to find out more. (Turn on the captions for English translation)

The tradition of singing Plygain carols to celebrate Christmas has continued consistently in many parts of Wales including in Montgomeryshire. Rhian Davies of Menter Iaith Maldwyn came up with the idea of holding the first ever Virtual Plygain to continue the tradition and bring communities together. Rhian says;

“The Plygain is an important part of the Christmas season for many of us here in Montgomeryshire. Thinking about missing out on the opportunity to sing these beautiful traditional Welsh carols, and the socialising associated with the event, had caused much disappointment within the local community. I was very keen to try and fill the void somehow, and to alleviate the ‘hiraeth’. Of course, the Plygain is at its strongest here in Montgomeryshire, but Plygain services are held in many other parts of Wales. By moving the event online, we were able to invite contributors from across the country to take part, making it a truly national virtual Plygain!”

Ffion Mair, originally from Llanwddyn but now lives in Cardiff, has been central to bringing everyone’s performances together. She says;

“I am so pleased that we have had such a good response to the idea of running a Plygain service online with performances by individuals and parties from across Wales. The services will be an opportunity to come together as a community and also show our unique tradition to the world. We have tried to keep as close as possible to the real Plygain order and mood – a minister will welcome us to the service, Carol y Swper at the end and, of course, we have made sure that no one repeats a carol that has already been sung!” 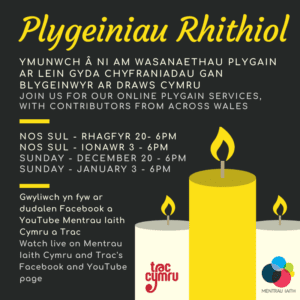 The events follow a collaboration between the Mentrau Iaith, which works to increase the use of the Welsh language in communities, and Trac, the Welsh folk tradition development organisation in an attempt to raise awareness of the ancient Welsh tradition.

“Trac is delighted to be able to help the Mentrau Iaith create these events. It’s so important that Plygain happens somehow this year, and moving it online is a great opportunity to share the tradition as widely as possible.”